Expert Africa (www.expertafrica.com) highlights how science has impacted Africa in three different ways: in its fundamental bearing on driving conservation initiatives; in its role in continuing to expand our understanding of wildlife; and, most dramatically, in its power to save people’s lives.

Wrong. African elephants are, in fact, a ‘cryptic species’: animals that appear similar but are genetically quite distinct. In Africa, there are two elephant species: the well-known bush or savannah elephant (Loxodonta africana) and the much smaller forest elephant (Loxodonta cyclotis). Wildlife DNA specialists have asserted this separation into two species for several decades, but now the global body responsible for monitoring threatened species has adopted the distinction.

Smaller and darker than its savannah relative, the gentle forest elephant is an elusive species found predominantly in the humid rainforests of the Congo basin. With oval ears, straight, pink-tinged tusks, a hairier trunk and a tendency to live in smaller family groups, it is quite distinct from the iconic bush elephant seen on most safaris.

Forest elephants are at significant risk of extinction: their numbers are down a devastating 86% in the last 31 years and their range has been reduced by 30% in the last two decades. The remaining animals face considerable risks and pressures from ivory poaching, habitat loss and human-elephant conflict.

Studies have found that forest and savannah elephants split from each other five to six million years ago – for context, that’s around the same time that humans separated from chimpanzees. Dr Alfred Roca, a wildlife genetics specialist at the University of Illinois, commented that forest and savannah elephants are likely to display a greater genetic separation than lions and tigers.

Recent surveys by the IUCN (the International Union for the Conservation of Nature who compile the global ‘Red List’ of at-risk plant and animal species) have confirmed that the two elephant species rarely interact. With savannah elephants preferring the grasslands and forest elephants confining themselves to the rainforests, there have been few opportunities for hybridisation.

In April 2021, the IUCN formally recognised this important species distinction, with significant implications for their conservation. We hear of animals being classed by the IUCN as ‘vulnerable’, ‘endangered’ or ‘critically endangered’ all too frequently these days. These designations are important for the species concerned and recognition of the forest elephant’s status as a separate species is crucial for its survival.

Without separate species recognition for forest elephants, their path to extinction in the wild was increasingly likely. Now their reclassification as ‘critically endangered’ should draw attention to the gravity of their plight and encourage further scientific and political initiatives to protect their future. 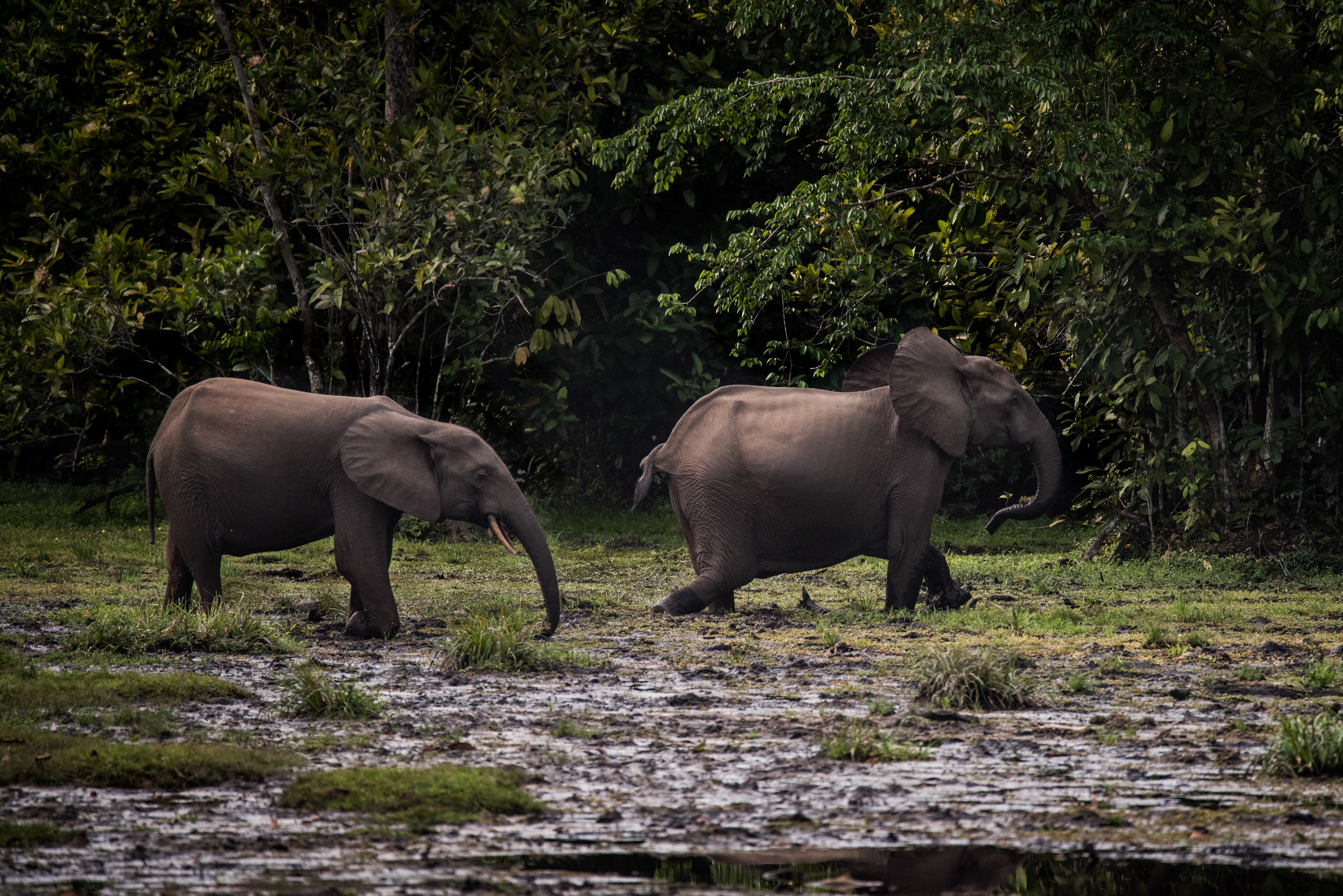 In male gorilla society, bigger categorically is better. The largest apes rule the roost and enjoy higher social status and greater reproductive success. It turns out King Kong-style chest-pummelling is key to the animals spreading awareness of their size and strength far and wide.

Following a study of 25 male mountain gorillas in Rwanda’s spectacular Volcanoes National Park, scientists from the Max Planck Institute for Evolutionary Anthropology in Leipzig have recently published some interesting discoveries.

They collected and analysed more than 3,000 hours of chest-beating audio, looking at the sound frequency, rate, duration and number of chest pounds, and correlated them with laser-accurate imagery showing the precise size of each gorilla’s back.

They found that while the rate, duration and beat number did not correlate with a gorilla’s size, the sound frequency did. By producing a deeper tone of chest-drumming, on account of having larger air sacs near their larynxes, the bigger gorillas are able to accurately convey their size, dissuading smaller individuals from challenging them, inadvertently or not.

As their chest beats resonate for up to one kilometre through the mountain forest, males powerfully proclaim their physical prowess, mating status and fighting ability without the need for visual confirmation. Researchers believe this strategy avoids unnecessary confrontation, as well as making the deeper-sounding males more attractive to potential mates.

Click here to read about the gorilla-trekking experiences of Expert Africa’s travellers in Rwanda. 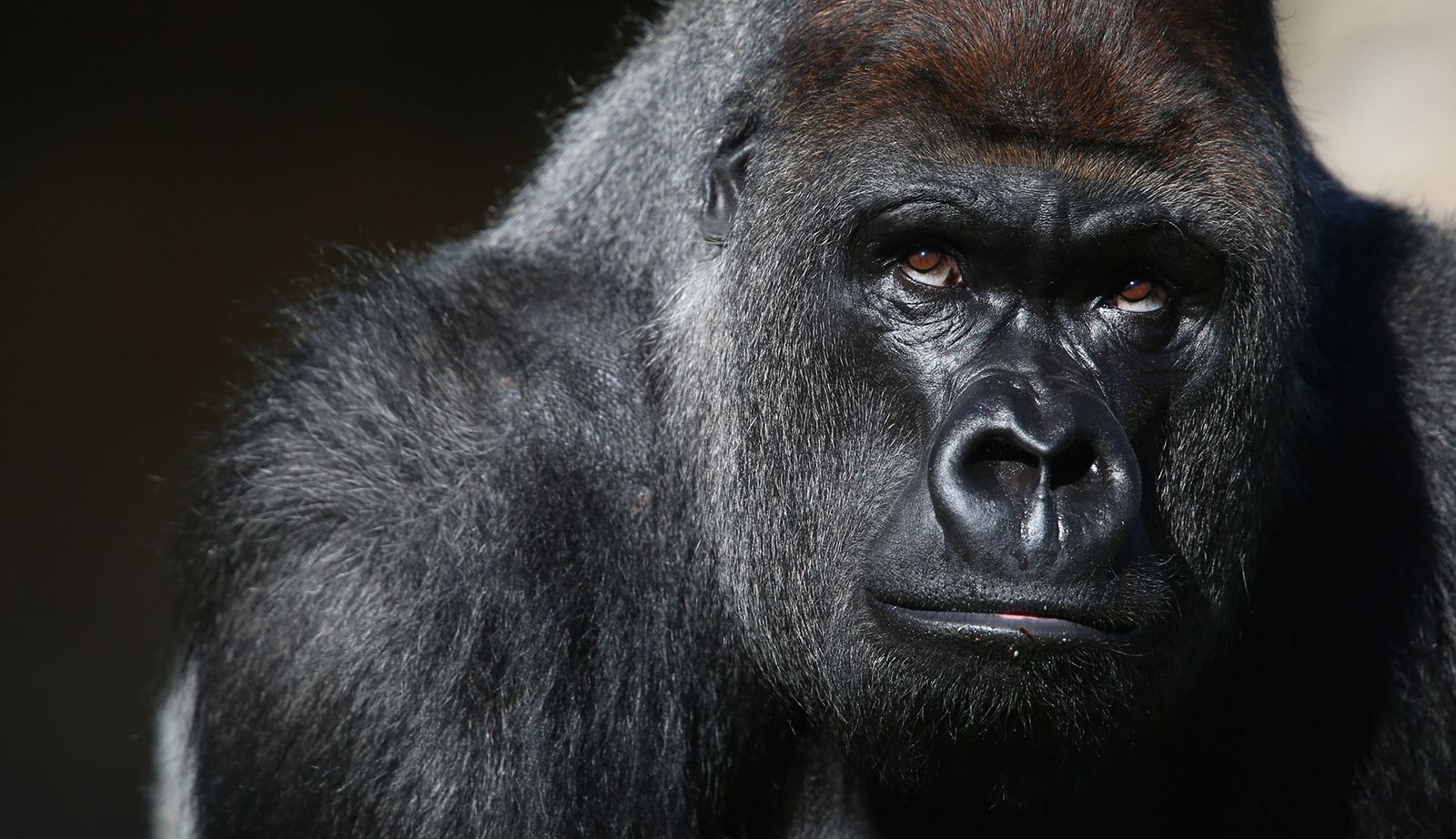 With hope and rapt attention, we have all witnessed phenomenal scientific collaboration and effort in vaccine development over the last year. But while the monumental global effort to confront COVID-19 has dominated global media, another vaccine breakthrough has the potential to save even more lives – hundreds of thousands a year, in fact. Finally, there appears to be an effective malaria vaccine on the horizon.

The University of Oxford’s Jenner Institute has recently reported the astonishing news that their R21 malaria vaccine has proved 77% effective in real-world trials.

Malaria currently kills 400,000 people a year, yet there are treatments available and medicines that can largely prevent it. Tragically, almost all OF these deaths are in poorer communities, without good access to health care, and the majority are of children in sub-Saharan Africa.

To put the significance of these trial results in context, there has only ever been one other approved malaria vaccine, Mosquirix. Its efficiency was low in children (cases reduced by 39%) and so ineffective in infants as to be deemed unusable by the World Health Organisation.

There has never been anything like R21. In Phase 2 trials, the vaccine was given to 450 children in Burkina Faso, which has one of the world’s highest rates of malaria and death from malaria. It proved 77% effective at preventing the parasite-borne disease over the year-long follow-up period, exceeding the WHO’s target of 75%. A more extensive Phase 3 trial is already underway across four countries, involving 4,800 children, aged 5-36 months.

Based on the results so far and the manufacturer’s announcement committing it to the production of 200 million vaccine doses per year, the potential public health impact in Africa of R21 cannot be overstated.

For further information, or to talk to a safari specialist, call Expert Africa on 020 3405 6666 or visit www.expertafrica.com.

Once-in-a-decade event: Namibia as it is hardly ever seen – with Expert Africa

I have worked with Travel PR for almost 20 years - during which time they have helped to facilitate access to a wide range of clients, tourist boards, destinations and tour operators. While the contours of travel have inevitably changed during that time, Travel PR have been a constant. I have always found them to be professional, helpful, and easy to deal with.