TravelLocal’s guide to the hottest destinations in 2019

A month-by-month guide to the most exciting travel experiences in 2019: 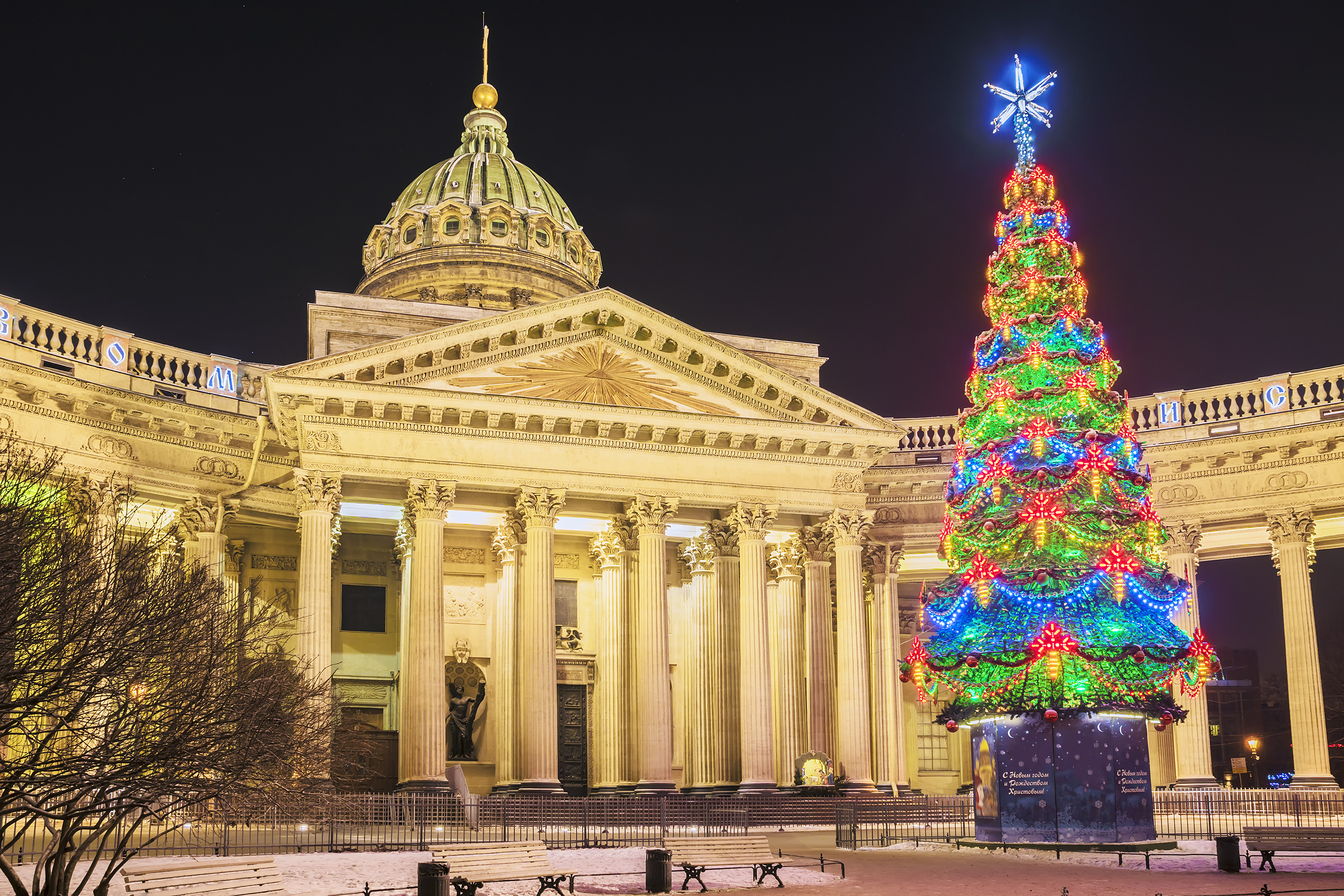 Sapporo is the largest city on the northern Japanese island of Hokkaido, and famous for its beer, skiing, and the annual Sapporo Snow Festival. Between 4 and 11 February over 150 snow and ice sculptures – from film heroes and heroines to gaming characters – are illuminated each evening, creating a fantastical, larger-than-life world that needs to be seen to be believed. There are also snow rafting events, concerts and traditional Japanese food stands to enjoy.
The 16-day Sapporo Snow Festival trip costs from £4,370 pp*

Also known as the Persian New Year, Navruz takes place on 21st March and is celebrated enthusiastically across Uzbekistan. Aside from music, dancing and traditional food, various sports including cockfights, wrestling and horse races take place. The environment tends to be very socially inclusive; visitors will be warmly greeted by well-wishing strangers.
This 11-day culturally-focused trip costs from £1,440 pp* 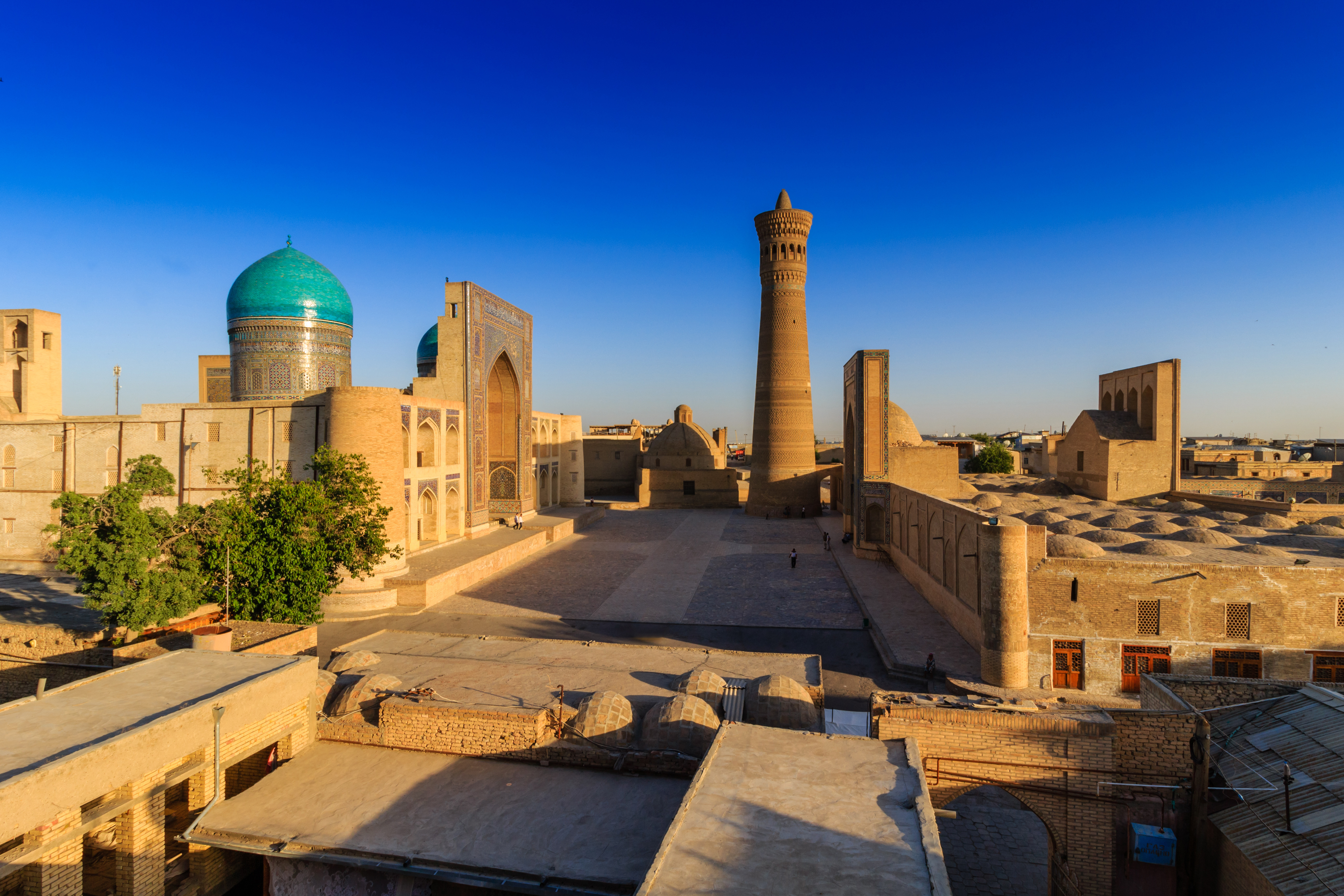 Maipo Valley is the closest wine region to Chile’s capital, Santiago, and feature over 7,000 acres of vineyards, more than half of which have been dedicated to producing Cabernet Sauvignon for the past 150 years. The Vendimia Festival is a very lively party, attracting thousands of visitors to the town; as well as all the wonderful wines to try, there are local producers of honey, chocolate, liqueurs and handcrafts, and concerts and grape-stomping to experience.
The ten-day Wine Regions of South America trip costs from £3,080 pp*

Africa’s answer to New Orleans, Senegal is the beating heart of an unsung, thriving jazz scene. The St Louis Jazz Festival (dates to be confirmed), now in its 26th year, is a world-class music event attracting international talent from the worlds of jazz, blues and gospel to this colourful colonial city in the north west of the country.
An eight-day exploration of Senegal costs from £900 pp*

The village of Khot hosts the intriguing annual Sheep Shearing Festival (dates to be advised), bringing together the communities of the Syunik region and honouring a tradition to keep the sheep cool through the summer. In addition to a lively sheep shearing competition, championing speed and accuracy, there’s an array of regional food and drink to try, plus tight rope walking, shearing masterclasses and folk dancing.
The 13-day Mountains & Monasteries trip costs from £2,000 pp*

Late in July, Antarctic humpbacks arrive en masse in Costa Rica to wallow in the warm coastal waters and breed. These playful, acrobatic creatures are a wonder to observe. The villages of Ojochal and Uvita, which are part of the protected Marino Ballena National Park, are superb places to see whales – and are also lesser known, meaning you don’t have to compete with hordes of tourists to witness these magnificent cetaceans.
The 17-day Local Costa Rica trip, featuring Ojochal, costs from £1,580 pp* 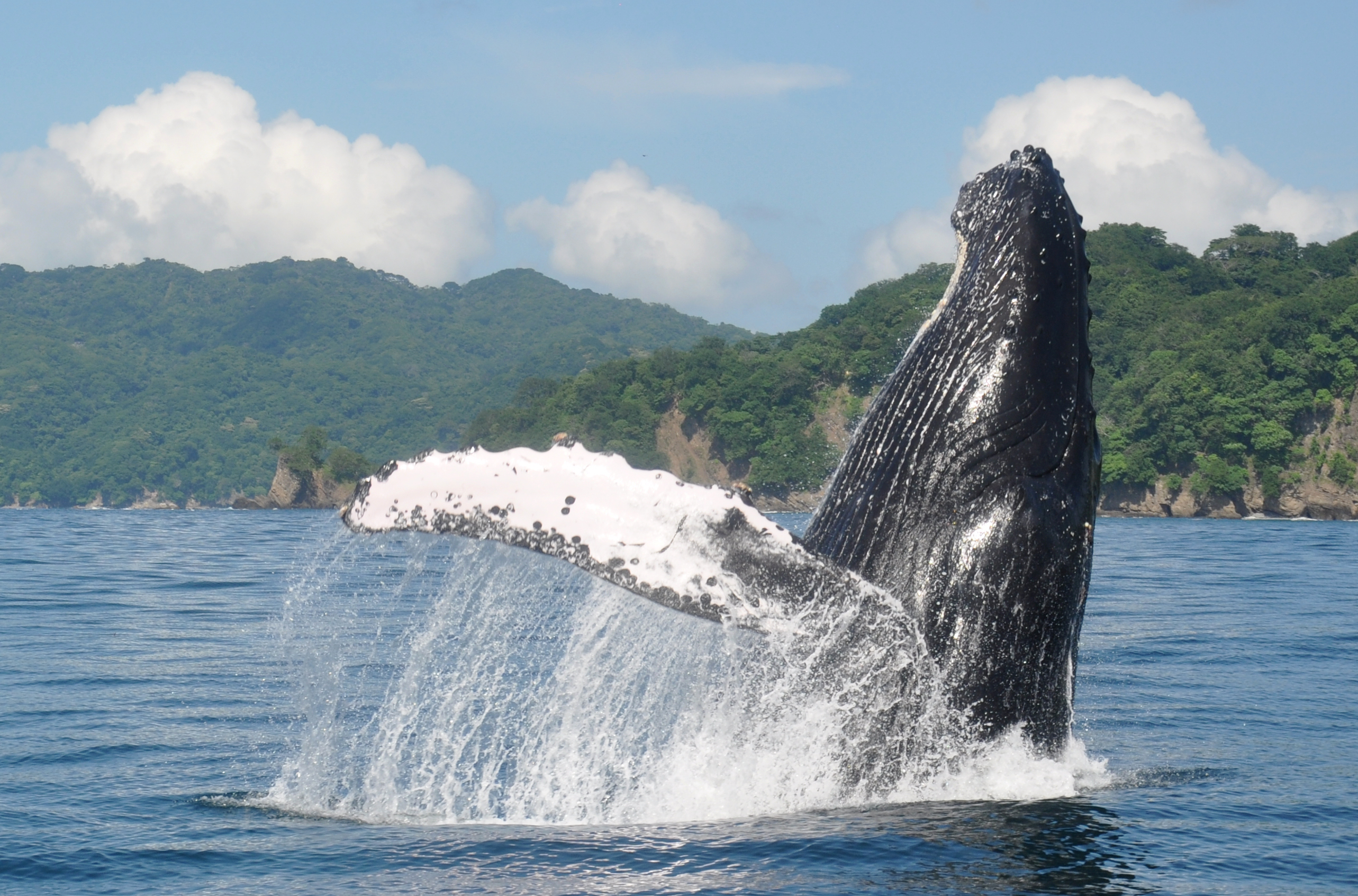 Each September in Namaqualand – known as South Africa’s ‘painted desert’ – something spectacular occurs: rains soak into the parched earth causing an ocean of impressive floral colour to sweep across the vast fynbos veld (open moorlands), altering the previously-arid landscape entirely.
The 17-day trip Cape to Kalahari trip costs from £2,510 pp*

Originally held to mark the end of the harvest, today this the Moon Festival is more of a family event where, across China, relatives gather to observe the full moon together, celebrate and eat moon cakes (traditional round pastries filled with bean paste and pomelo fruit. In towns and cities everywhere dragon and lion dances take place, and there are extravagant lantern displays. Climate-wise, September is an ideal time to visit China and is usually warm and dry.
The 12-day Exploring Eastern China trip costs from £3,050 pp*

One of the most celebrated festivals in Morocco, this annual equine fiesta is held at the beginning of October, though exact dates are announced closer to the occasion. Hundreds of horse breeders and owners descend on the town of Tissa, near Fes, to show off their finest horses including Arab-Berbers, Arab stallions and Barbary mares. Riders display their horse’s abilities in various events, exhibiting incredible grace, speed and stamina.
The six-day Imperial Cities trip, including an extra night in Fes plus a driver and guide, costs from £450 pp*

2019 marks the 130th anniversary of the first successful summit of Mount Kilimanjaro, which took place in 1861. Africa’s tallest peak, standing at 5,895m above sea level, and the highest freestanding mountain on earth, today offers several routes to reach its highest point. A founder of TravelLocal’s Tanzanian partner team grew up in the foothills of Kilimanjaro and uses his expertise to plan the ultimate walking trips.
The nine-day Climb Kilimanjaro – Lemosho Route – costs from £2,270 pp* 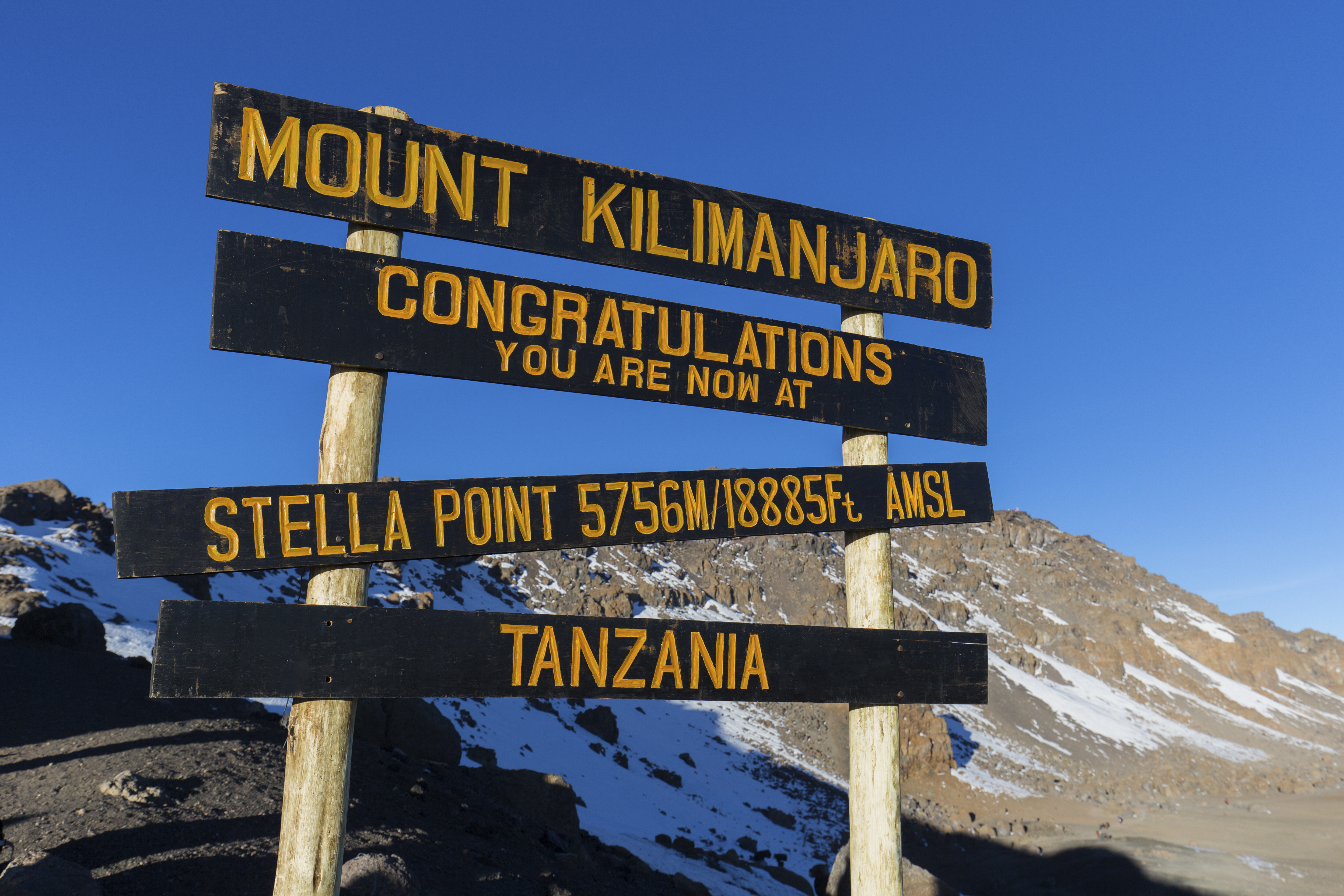 Anyone involved in or connected with the film industry in South East Asia gathers here to relish the best films from the ASEAN region countries. Alongside eagerly-awaited screenings there are various workshops and networking opportunities, plus discussions around such topics as documentary-making, chaired by industry professionals.
The nine-day Classic Cultural Tour, featuring Luang Prabang, costs from £1,610 pp*

* Prices are based on two sharing. TravelLocal trips include B&B accommodation, transfers, excursions and the services of a local guide. Travel to the destination is not included, giving more flexibility and allowing customers to book their flights via points schemes if preferred.

For more information, or to plan a tailor-made trip to suit your personal interests and to match your budget, call TravelLocal on +44 (0)117 325 7898 or visit www.travellocal.com.

TravelLocal, founded by Tom Stapleton and Huw Owen in 2012, empowers travellers to create their own perfectly-tailored holidays by connecting them directly with carefully-selected, tried-and-tested local travel experts in destinations around the world. There’s also important added value and back-up from TravelLocal in the form of both financial protection via ABTA and careful vetting of these experts by its Bristol-based team.

Press:  For further information or to experience one of TravelLocal’s tailor-made trips (with a suitable commission), please call Lizzie Cooper or Mischa Mack at Travel PR on 020 8891 4440 or email l.cooper@travelpr.co.uk or m.mack@travelpr.co.uk. ​

I have worked with Travel PR for almost 20 years - during which time they have helped to facilitate access to a wide range of clients, tourist boards, destinations and tour operators. While the contours of travel have inevitably changed during that time, Travel PR have been a constant. I have always found them to be professional, helpful, and easy to deal with.