Return of the milk bar?

The Besen Retail Blog recently announced the return of the milk bar, picking up on two new openings in New York City. But did milk bars ever go away? And what exactly constitutes one?

This much we know: milk bars first originated in Australia in the early 1930s, and then quickly spread to New Zealand, the USA, Wales and England, which had over 1,000 outlets by the end of 1936.  They were places where youngsters could congregate over milkshakes and ice creams.  By the ‘50s they had begun to often feature jukeboxes and pinball machines (e.g. The Fonz’s hang-out in Happy Days), and soon enough they morphed into bars and/or fast-food outlets; the traditional, simple milk bar, as it first appeared, was seemingly no more.  (The modern ‘milk bars’ found in Australia are actually more what we’d call convenience stores, a retail outlet rather than a place to stop and chat.)

To some, this demise may have been a good thing.  In New Zealand, the 1950s milk bar scene led directly to the country’s first modern gangs, as groups of rowdy youth loitered around the bars and became known as ‘milk bar cowboys’.  According to Teara, “these young men wore leather jackets and wind-breakers, slicked down their hair, and rode motorcycles. Their favourite meeting spots were milk bars.” 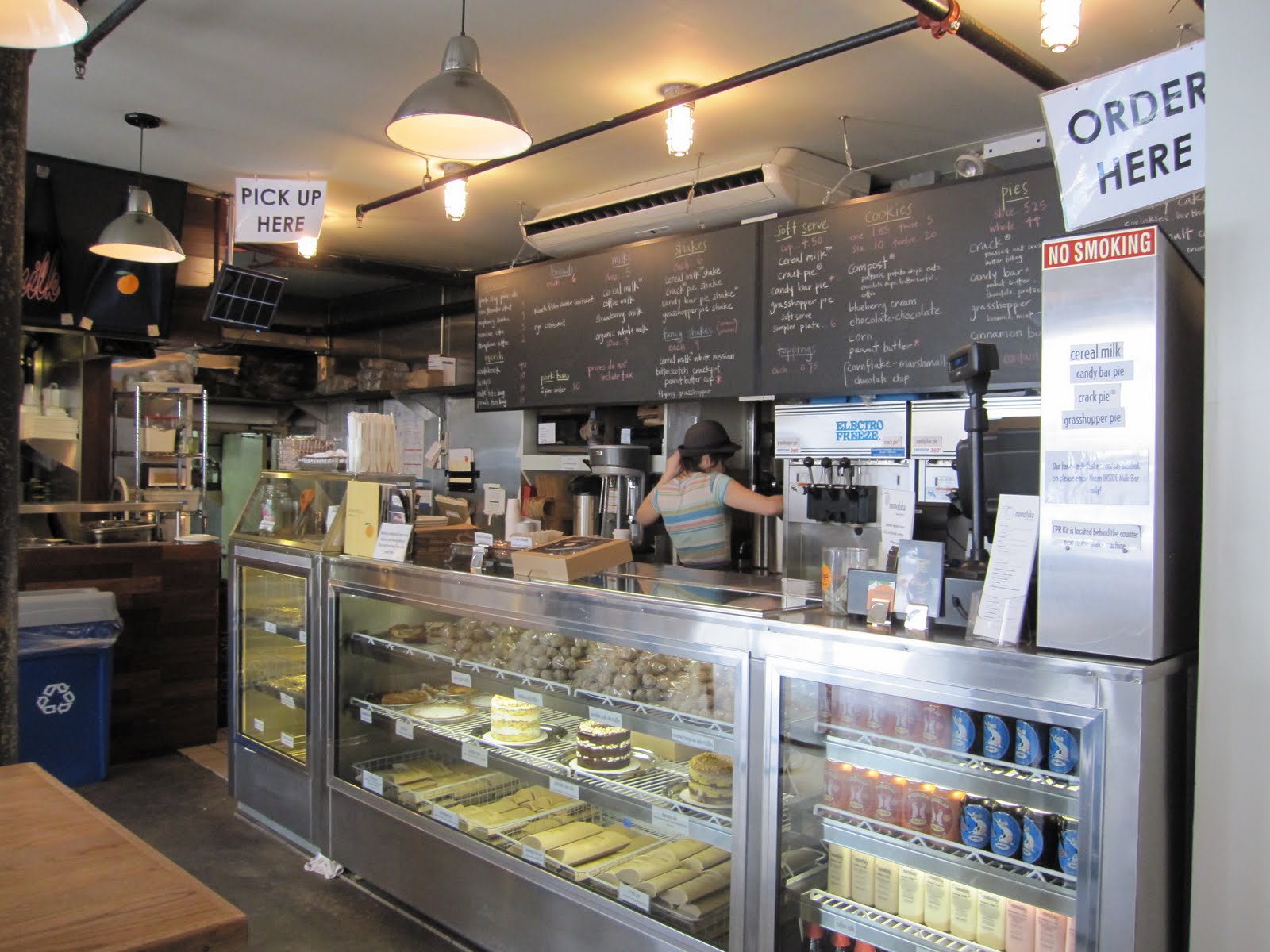 As we made for our millennium, modern descendants of the milk bar began appearing: in particular Shakeaway led a  troop of milkshake-focused bars, most operating in a fast-food format and typically not offering seating.

And now, suddenly, milk bars – or at least, variations thereof – are returning, as our taste for retro style continues apace.  The initial tremors seemingly have an unlikely source – in June 2011, the UK’s Yorkshire Post newspaper declared that “milk bars, a firm 1950s favourite, are now hotspots in both Hebden Bridge and Halifax town centre, thanks to mother of two Alison Bartram.”  Bartram’s bars actually sound like vintage versions of Shakeaway.

Meanwhile, the two recent instalments across the pond tick a much slicker, serious box.  First there was Momofuku Bakery and Milk Bar in Manhattan, dishing up ‘Cereal Milk’, plus cakes, pies, shakes and ‘Compost Cookies’, which come filled with pretzels, potato chips, coffee, oats, butterscotch and chocolate chips.  Then followed Brooklyn’s Milk Bar (any self-respecting fad-checker knows a trend isn’t a trend until it ‘s been verified in Brooklyn), although this one’s qualifications are dubious, as it does serves coffee, doesn’t serve straightforward milk drinks, and even stretches to selling wine at night.

In short, neither seems to be a ‘milk bar’ in the classic, supposedly-innocent teenage hang-out sense.  Instead, this is apparently a modern equivalent: the cool, 2:1-era version.

Travel PR are a joy to work with. They understand their clients and media contacts well, and are always super-responsive when needed. I always take notice when they contact me as they never waste my time with anything irrelevant. All in all, a great team who have my trust and respect.