There is plenty to see and do in the UK this year, from new exhibitions and openings to celebrations for important cultural anniversaries. Here, Pride of Britain Hotels offers inspiration for those hoping to explore closer to home, topped off with a stay at a luxury hotel from its 50-strong collection.

Showcasing the English capital on the big screen, the highly anticipated new James Bond film, No Time to Die, will feature a car chase scene in which Bond (portrayed by Daniel Craig for the final time) speeds down Whitehall in an Aston Martin. Meanwhile, Belgravia, a new six-part ITV period drama from the creative minds behind ‘Downton Abbey’, will portray the London neighbourhood as it was in the early 19th century. Stay in Belgravia at The Goring or elsewhere in central London at The Capital Hotel or The Athenaeum Hotel & Residences. 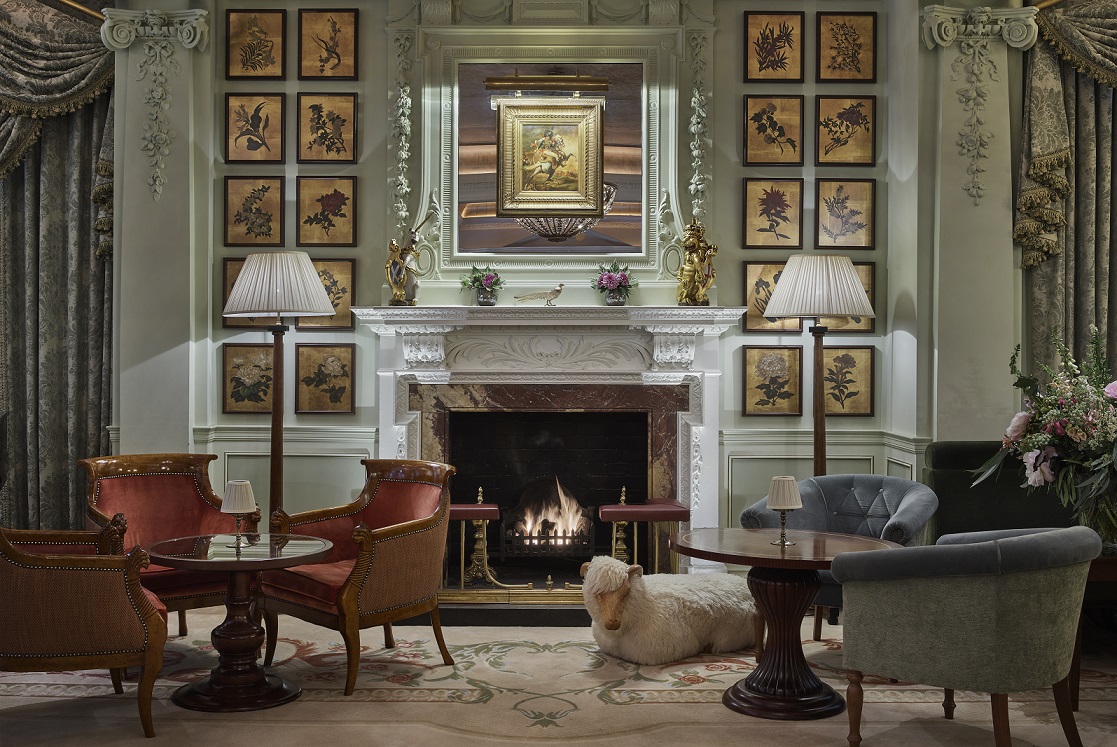 A new adaptation of Jane Austen’s Emma has opted for the beautiful Cotswolds village of Lower Slaughter to portray the titular character’s fictional hometown of Highbury (stay at Ellenborough Park or Barnsley House), with other featured locations including historic houses such as Chavenage House (near Calcot & Spa) and Firle Place on the South Downs, which reopens to the public on 7 June (stay at Ockenden Manor).

Close to The Priory in Wareham, Ammonite, which stars Kate Winslet as fossil collector Mary Anning, was largely filmed on Dorset’s Jurassic Coast, while a modern TV adaptation of All Creatures Great and Small, which coincides with the 50th anniversary of the original books, has been filmed on location in North Yorkshire, near Yorebridge House.

London’s museums and galleries will host an array of exciting exhibitions this year, including an Andy Warhol showcase at Tate Modern from 12 March, featuring some of his iconic pop art images and a selection of works never before seen in the UK. Also not to be missed is Alice: Curiouser and Curiouser, which will explore Alice in Wonderland’s origins, adaptations and reinventions over 157 years with an immersive and theatrical show, which charts how the story became a global phenomenon, at the V&A from 27 June.

From 21 September, Bright Shadows: Scottish Art in the 1920s at Edinburgh’s City Art Centre will provide insight into a decade of contrasts through a collection of artworks created at the time. Featuring works by artists such as Stanley Cursiter, Dorothy Johnstone and William McCance, themes include high spirits and sombre reflection, decadent excess and hard realities. Stay at The Dunstane Houses in Edinburgh’s West End.

VE Day this year marks 75 years since the end of World War II, and there are plenty of commemorative events taking place across Britain. The Last Post will be played atop the UK’s four highest peaks and at five widespread locations, including Richmond, North Yorkshire (near Yorebridge House). Yorkshire Air Museum, situated at the city’s original 1945 air base, will host its biggest celebration since the end of the war, with a Grand VE Day Celebration Ball (stay at Middlethorpe Hall) and, in London, the Royal Philharmonic Orchestra will perform a special concert at the Royal Albert Hall.

Throughout the year, the port city of Plymouth will host a variety of events to celebrate the 400th anniversary of the Mayflower’s pioneering voyage. These include a four-nation civic ceremony, featuring a new piece of bespoke music performed by a 1,000-person choir (16 September), a Legend and Legacy exhibition (from Spring) and The Mayflower Muster, a festival exploring the shared history of the UK, US and Dutch over hundreds of years (19-20 September). Stay at Thurlestone, near Salcombe.

To celebrate what would have been William Wordsworth’s 250th birthday, the Lake District’s Wordsworth Museum will be expanded and modernised, offering views of the surrounding fells to allow visitors to reflect on the landscape that inspired the poet. His home, Dove Cottage, will also be renovated to offer an authentic step back in time. Stay at Gilpin Hotel & Lakehouse when the museum reopens in spring.

Due to be completed in 2020, the England Coast Path will connect 2,795 miles of trails, making it even easier to experience the stunning scenery around the country. To enjoy the coastal sights, head to Seaham Hall on the Durham Heritage Coast, Bailiffscourt Hotel & Spa near Climping Beach in Sussex, Thurlestone in South Devon, The Headland Hotel & Spa, which sits atop a cliff in Newquay, Cornwall, or The Nare, situated across the county, overlooking Carne Beach on the delightful Roseland Peninsula. 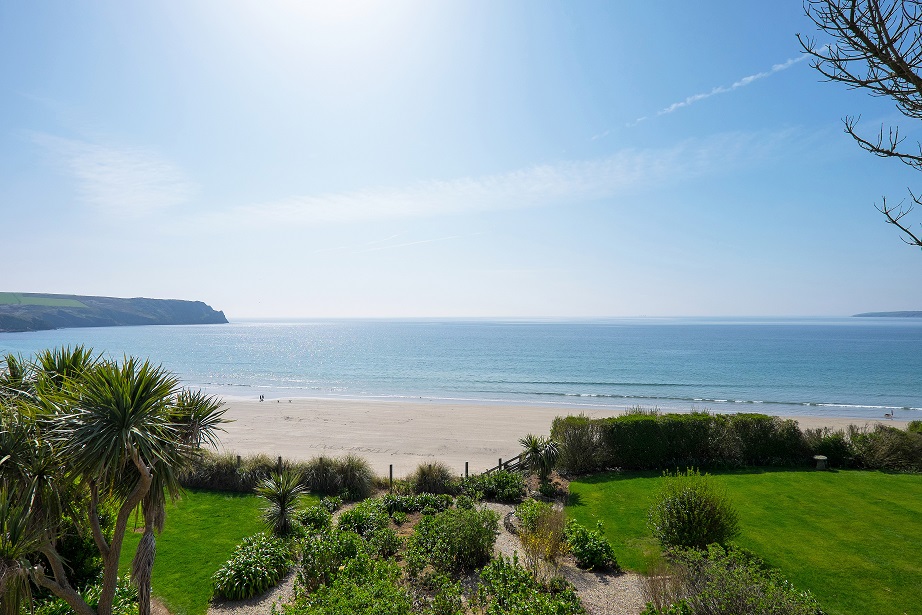 Further inland, the Royal Horticultural Society plans to open a new 154-acre garden in the historic grounds of Worsley New Hall in Salford, Greater Manchester, on 30 July. RHS Garden Bridgewater will feature a Paradise Garden inspired by the earliest forms of gardening, a Wellbeing Garden and a Learning Garden, offering hands-on tips and tutorials. Stay at Northcote in Lancashire to mix horticultural and foodie delights in one trip.

Home to one of the most beautiful and important plant collections in the world, Westonbirt, The National Arboretum, hosts a series of summer concerts each year. In 2020, headliners include James Morrison & Will Young, Madness, Keane and Rag’n’Bone Man (various dates in June), and fans can stay nearby at Calcot & Spa or Whatley Manor.

Looking to discover the next big thing? FOCUS Wales is an annual new music showcase which takes place in Wrexham each spring and highlights the best emerging talent on the Welsh music scene. With 250 bands across 20 stages from 7-9 May, expect music of all genres, plus art and film events. Stay just across the border at The Chester Grosvenor.

Pride of Britain Hotels’ collection (never more than 50 hotels, to guarantee quality and exclusivity) proudly practises the art of great hospitality on a daily basis. Admission to the group is subject to each hotel successfully passing an anonymous overnight inspection and a ballot of the membership.

Pride of Britain Hotels’ Best Rate Guarantee ensures the lowest available rates at each member hotel. Should a lower rate be publicly available online, within 24 hours of booking, for the same date(s) and with the same terms and conditions, the member hotel will be pleased to honour the lower rate.

Pride of Britain Hotels has recently partnered with NOW (www.itmustbenow.com), which aims to promote sustainability within the travel and hospitality industries.

An inspiring compilation video highlighting the Pride of Britain hotels and their locations can be viewed here: https://www.youtube.com/watch?v=j_EKp8OEYV

Photography of all member hotels is available to download: www.prideofbritainhotels.com/pres

Over the years Travel PR has been my first port-of-call when faced with a tight deadline on numerous occasions. Never once have you failed me!