The Pride of Britain Hotels collection (never more than 50 hotels, to guarantee quality and exclusivity) proudly practises the art of great hospitality on a daily basis. Here are some suggestions for special UK travel experiences combined with a stay at a luxury hotel.

Britain’s landscapes and landmarks will be gracing our screens this year in both blockbuster films and on the small screen. This summer, Colin Firth and Julie Walters will star in a new film adaptation of the classic children’s novel, The Secret Garden. Key locations include Helmsley Walled Garden and stately home Duncombe Park, both in Helmsley, North Yorkshire (stay at the Feversham Arms, Helmsley).

In 2019, ITV will launch Deep Water, a six-part thriller starring actress Anna Friel. The series is based on the Windermere set of novels by author Paula Daly, and was filmed by the Broadchurch team in the Lake District (stay nearby at Gilpin Hotel & Lake House, Windermere).

Based at London’s Design Museum, Stanley Kubrick: The Exhibition (26 April – 17 September; adult tickets from £14.50 pp) will provide a unique insight into one of the greatest filmmakers of the 20th century. Through original props and costumes, set models and rare photographs, relive scenes from iconic films like The Shining and A Clockwork Orange.

Also in London, the 200th anniversary of Queen Victoria’s birth will be marked with a major new exhibition at Kensington Palace (starts 24 May 2019). Victoria, who ruled from 1837 to 1901, was the nation’s longest-serving monarch until Queen Elizabeth II superseded her record in 2015. Stay at The Goring, The Arch or The Capital in London.

Adapted from the novel and directed by Christopher Haydon, Northampton’s Royal & Derngate theatre will be launching a new production of The Remains of the Day in February, which will tour nationally from March 2019. Locations include the Theatre Royal, Bury St. Edmunds, (stay at Bedford Lodge) and the Theatre Royal, York, (stay at Middlethorpe Hall).

Camping isn’t for everyone, but many summer festivals sell day tickets or offer the flexibility to come and go, so you can immerse yourself in the atmosphere during the day, and escape to a stylish bolthole by night. Here are some of this year’s hottest events:

Based at Cornbury Park, Oxfordshire, Wilderness (1-4 August 2019; adult tickets from £179.75 pp including booking fee) has gained quite a reputation. Suiting families, couples and groups, the hedonistic and wholesome activities include paddle-board yoga, wild swimming, outdoor theatre, raves in a ravine and much more besides. Stay just 30 minutes’ drive away at Barnsley House in Gloucestershire. 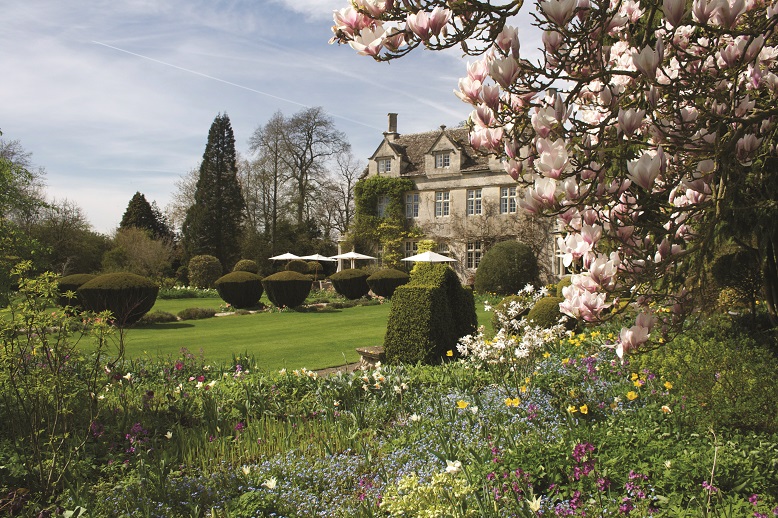 Barn on the Farm Festival, near Cheltenham, (4-7 July 2019; tickets from £80 pp/under 10s free) is a smaller-scale event which has hosted acts like Ed Sheeran and George Ezra in the past. The event is just a short drive from Ellenborough Park, which overlooks Cheltenham Racecourse.

Standon Calling (25-28 July 2019; adult weekend ticket from £149 pp) takes place in the grounds of a Hertfordshire stately home. The event began as a birthday barbecue at organiser Alex Trenchard’s home and has grown to feature household names. One of this year’s headline acts will be Rag ‘n’ Bone Man (stay at Sopwell House and try out the soon-to-open new spa).

In Suffolk, the Anglo-Saxon royal burial site of Sutton Hoo will re-open in June 2019 after a £4M refurbishment. There will be new exhibitions and a walking route which follows in the footsteps of the Anglo-Saxons, who dragged a heavy timber ship to the top of a hill to bury their king, complete with gold, treasures and the famous Sutton Hoo helmet. Stay at Suffolk’s The Swan at Lavenham.

Re-opening after an 18-month closure, Leonardslee Lakes & Gardens (advance adult tickets from £11 pp) has reputedly some of the finest woodland gardens in England. Visit in spring for impressive displays of camellias, magnolias and bluebells; an Australia Garden is currently in development, too. Stay a short walk away at South Lodge, which launches its impressive 44,000 sq ft spa in March and is home to the UK’s first heated natural swimming pond.

Pride of Britain Hotels’ collection (never more than 50 hotels, to guarantee quality and exclusivity) proudly practises the art of great hospitality on a daily basis. Admission to the group is subject to each hotel successfully passing an anonymous overnight inspection and a ballot of the membership.

Pride of Britain Hotels’ Best Rate Guarantee ensures the lowest available rates at each member hotel. Should a lower rate be publicly available online, within 24 hours of booking, for the same date(s) and with the same terms and conditions, the member hotel will be pleased to honour the lower rate.

Photography of all member hotels is available to download: www.prideofbritainhotels.com/press.