Join Expert Africa (www.expertafrica.com) in celebrating World Ranger Day on 31 July, recognising the commitment of wildlife rangers across the globe to protect and preserve the natural world. There are thousands of these tough, brave men and women across Africa, tirelessly doing often dangerous work, day and night.

Rangers protect animals from poaching and man-made hazards; they educate their communities on the importance of conservation; they mitigate frequent human-wildlife conflicts; they assist with invaluable research and conservation fieldwork; they work alongside tourism operations; and, together, they ensure that the diversity of landscapes and wildlife remains for generations to come.

Expert Africa is immensely grateful for their huge effort and unfailing commitment to conservation, and is taking this opportunity to introduce just a few of the remarkable ranger teams operating in sub-Saharan Africa.

The Bazaruto Archipelago National Park, off Mozambique’s southern coastline, is an Indian Ocean idyll. Protecting five picture-perfect tropical islands, each ringed with the purest white sand and 1,360 km2 of sparkling turquoise seas and indigo deep-water trenches, the park is a marine paradise. Teeming with life – dolphins, whales, turtles, sharks, manta rays and myriad tropical fish – it is also home to 250 dugongs, the last viable population of these critically-endangered mammals in the western Indian Ocean.

In a progressive move by the government to protect the area’s extraordinary marine biodiversity, Bazaruto became Mozambique’s first marine national park back in 1971. For the last four years, African Parks has spearheaded the drive to improve the local economy based around wildlife protection and sustainable tourism.

There are now 53 sea-faring rangers, including 16 women, recruited locally and trained to monitor and protect this stunning area.

Over the last year this largely waterborne team has made 30 arrests and confiscated hundreds of kilos of illegally- harvested fish and thousands of items of fishing equipment, predominantly from large-scale fishing operations within the park. Their relentless efforts have resulted in a major decrease in illegal fishing activity within Bazaruto, and great relations with the 5,000 people who call this park home.

In June 2021, as part of the national park’s 50th anniversary celebrations, Bazaruto’s ranger team welcomed its first qualified scuba diving rangers. Sponsored by Benguerra Lodge, these four underwater rangers will be able to extend their reach and assist with the long-term monitoring of the health of the coral reefs in the park.

If you too fancy dipping your toes into Mozambique’s azure waters, take a look at Expert Africa’s favourite barefoot luxury beach retreats. 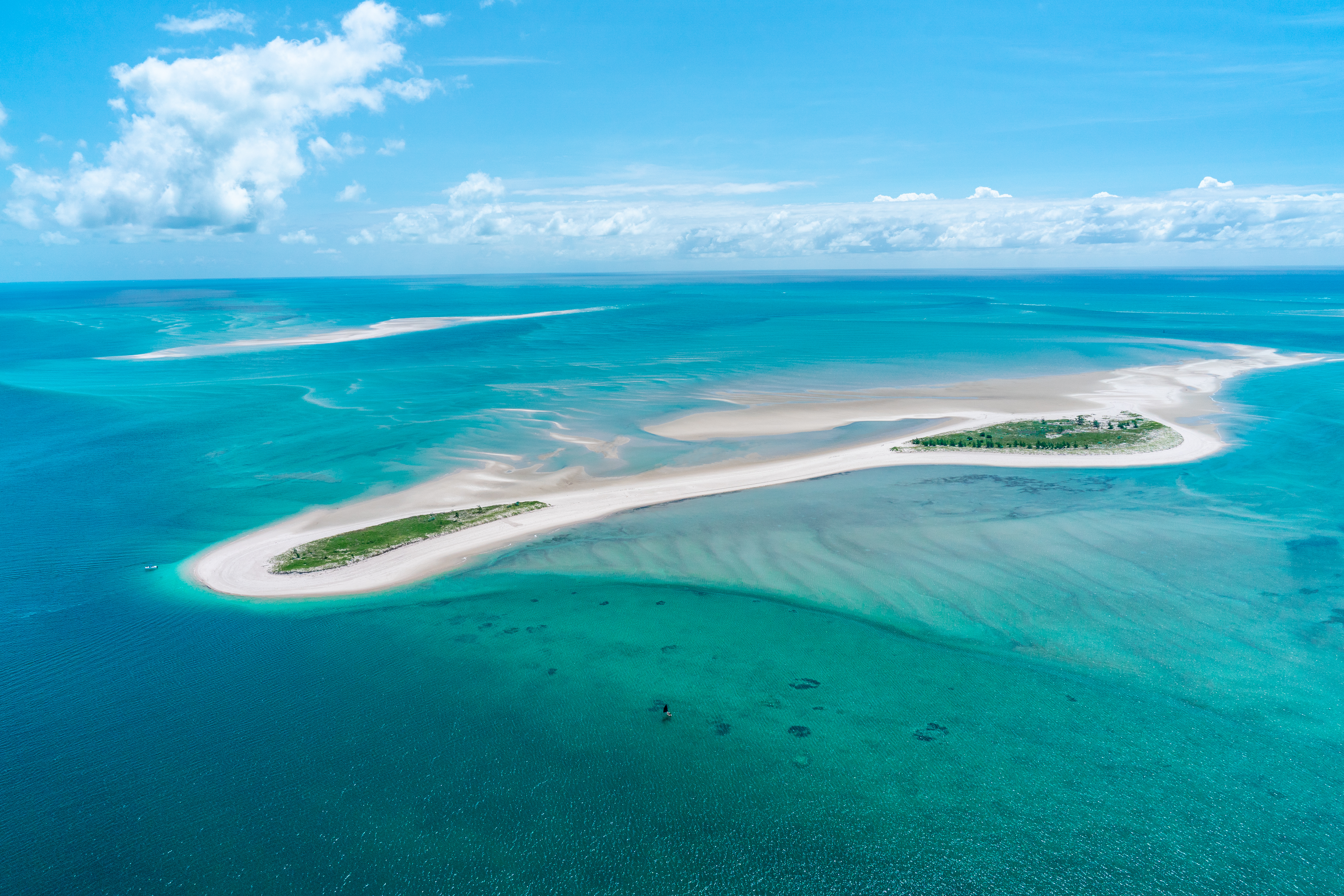 As poaching syndicates have become increasingly sophisticated – and armed – over the last decade, ranger teams have stepped up their response. To stay ahead, conservation workers have a new best friend: the highly-trained, anti-poaching, sniffer dog.

Across Africa, canine (dubbed K9) anti-poaching dog units are the rising stars in the fight against wildlife poaching and trafficking. The dogs, most commonly Belgian Malinois, Dutch and German Shepherds, bloodhounds and spaniels, are imprinted with specific scents, including ivory, pangolin scales, rhino horn, cat skins, firearms and ammunition, before being deployed to detect these items at border posts, in communities and out on patrol in the bush. Their efforts are having a huge impact on disrupting and reducing the trade in illegal wildlife.

As well as being an intimidating deterrent in themselves, K9 units are able to access the most rugged and inaccessible areas of a park and increase patrol coverage with tracking off the lead. By harnessing their almost miraculous power of scent, conservation and law-enforcement teams have been able to greatly expand and strengthen their efforts.

Wildlife protection aside, K9 units bring real benefits to their local communities. Safeguarding biodiversity in protected areas ensures that tourism can flourish, which brings valuable income and employment into rural economies. While the dogs can help mitigate human-wildlife conflicts they are also, on occasion, called in to assist village elders in tracking down the culprits of minor local thefts – thus also showcasing their impressive detective skills to the community and acting as a deterrent to anyone considering poaching.

At Lewa Wildlife Conservancy in Kenya, no rhinos have been poached since 2013 thanks to the collaboration of the anti-poaching unit and the canine team. In Zambia’s Lower Zambezi, the resident three-dog canine unit moves between trafficking hotspots around the fringes of the park, deterring poachers and curtailing the movement of illegal wildlife products.

Perhaps the most dramatic improvements in wildlife protection can be seen in Rwanda’s beautiful Akagera National Park. The presence of the K9 unit there has been incredibly beneficial. Reversing the wildlife decline since their introduction a decade ago, they have transformed this pretty, undulating park from an area of rampant poaching and encroaching cattle herds into a leading Big Five conservation destination with pretty lakeside camps, diverse landscapes and a promising future.

Since 2010, wildlife populations in Akagera have risen by almost 50%, with both lions and black rhinos reintroduced to the park. Thanks to their deterrent effect and rapid-response times, the K9 unit’s efforts in combatting poaching and human-wildlife conflict have enabled Akagera to maintain a stellar track record of not a single loss of black rhino, elephant or lion to poaching since their reintroductions. These species are now flourishing in the park: six rhino calves and numerous litters of lion cubs have been born here, ensuring healthy future populations.

This K9 unit, like the others operating across Africa, is a critical element in conservation law enforcement teams, and a testament to the skills and abilities of talented animals and handlers. 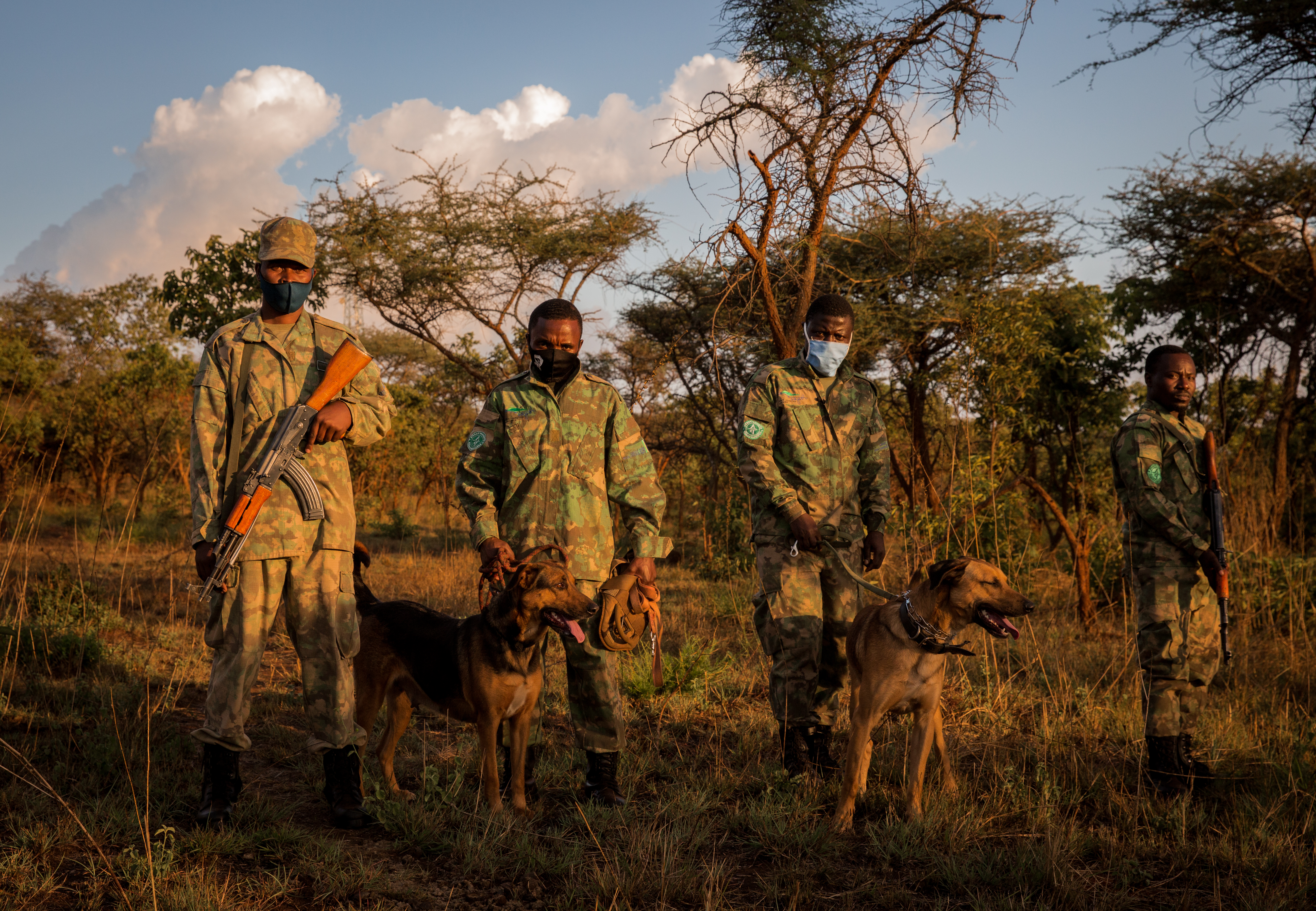 In Zimbabwe’s Shona language, Akashinga means ‘brave ones’. There could not be a more apt name for the formidable, all-female anti-poaching arm of the International Anti-Poaching Foundation (IAPF). Founded in 2017 by Damien Mander, an Australian Special Forces sniper turned conservationist, Akashinga recruits local women who have suffered immense personal challenges – single mothers, abandoned wives, AIDS orphans, victims of abuse and violence – and puts them through intense military-style training to produce a disciplined, professional anti-poaching team.

At its inception, 29 villages surrounding the Lower Zambezi concession of Phundundu were notified of a women-only, ranger recruitment drive. With men outnumbering women in front-line conservation roles by as much as 100:1, this was a radical initiative. Word spread quickly.

Some 90 women, aged 18 to 35 and all in need of a life-changing opportunity, turned up for pre-selection interviews; 37 progressed to the gruelling three-day endurance test, during which they were exposed to ‘the four pillars of misery: hunger, tiredness, cold and wet’. Challenged with strength, stamina and team-building trials – for example, packing up a 200-pound (90kg) tent, dragging it up a mountain with your legs tied together and then reassembling it – only three women dropped out. The remaining women began rigorous training as Akashinga’s first fearless wildlife warriors.

Created in the belief that women are naturally fierce protectors, this determined unit has already shown significant results, including reducing elephant poaching by 80% and educating and empowering their recruits to provide better for their children while realising their aspirations. Local respect for these rangers has been hard-won – but so inspiring and successful have they been that, at the end of 2020, a new concession called Songo, bordering Lake Kariba, was acquired to expand their wildlife protection area. Now a new group of determined women are beginning the tough journey to become Akashinga rangers, training hard daily to protect wildlife and to build a better life for themselves and their families. Their strength and courage is humbling, and their success inspiring. With such grit and determination, we wish IAPF every success with their ambitious plan to have 1,000 staff protecting 20 reserves by 2025.

To see why Africa’s wildlife is worth protecting and to appreciate just how wonderful Zimbabwe and its people are, have a look at Expert Africa’s favourite spots in the country here.

For a striking insight into these brave women, take 13 minutes to stream National Geographic’s 2020 documentary ‘Akashinga: The Brave Ones’, which premiered at last year’s EarthXFilm Festival. 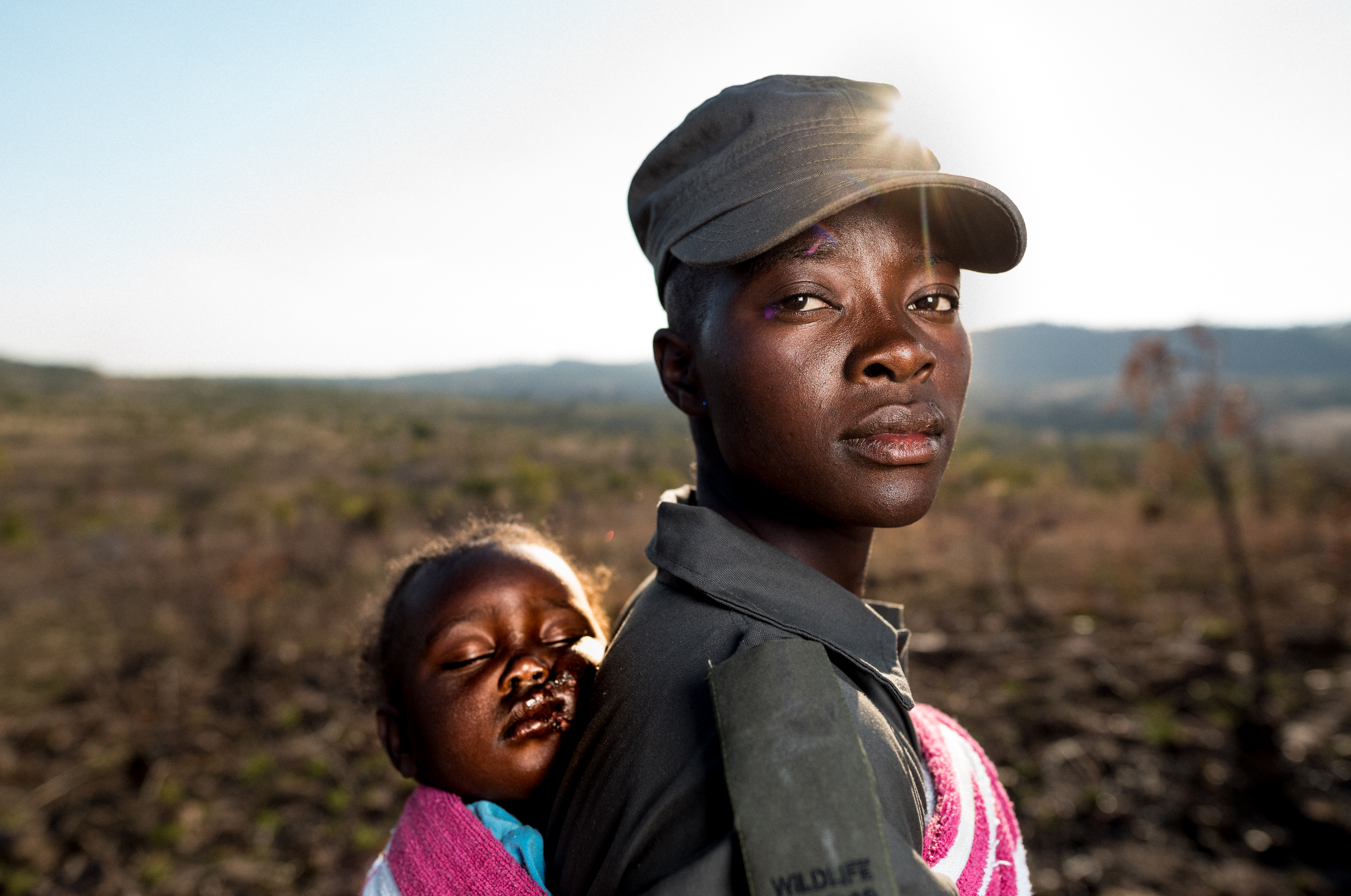 The Brave Ones (Andrew Steirn)

For further information, or to talk to a safari specialist, call Expert Africa on 020 3405 6666 or visit www.expertafrica.com.

Once-in-a-decade event: Namibia as it is hardly ever seen – with Expert Africa

It’s a delight to work with the team at Travel PR. They’re prompt, pro-active and always know just what I need.